I happened upon Eltotitoful’s Money News YouTube channel earlier this week and was amused see that every single video on this channel was focused on the U.S. Dollar (certainly and guaranteed) crashing on September 27, 2016.   Conspiracy clowns have been promoting the economic collapse of the United States for a very long time.  I remember reading Peter Schiff’s book “Bankruptcy 1995” in the early 90s and the gnawing dread it induced.

Did those predictions of armageddon happen?  Nope.

The authors merely changed the numbers a bit, claimed various hindsight ‘proofs’, then created new prediction dates of the collapse, and predictably republish their books so the conspiracy clowns buy into the nonsense all over again, with a slightly lighter wallet.

Here is what the channel looked like on September 25th, 2016. 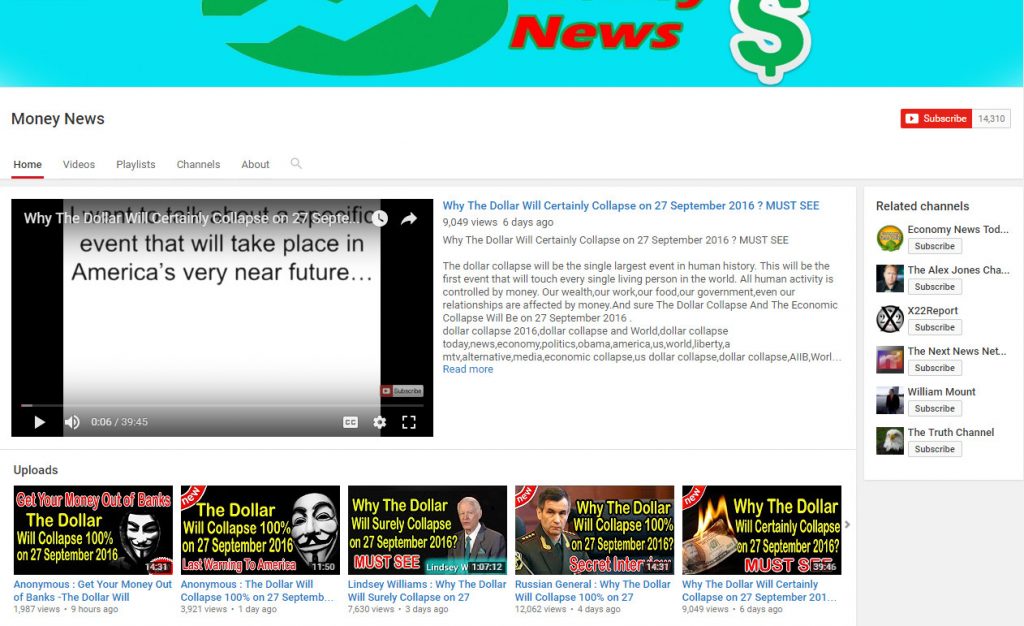 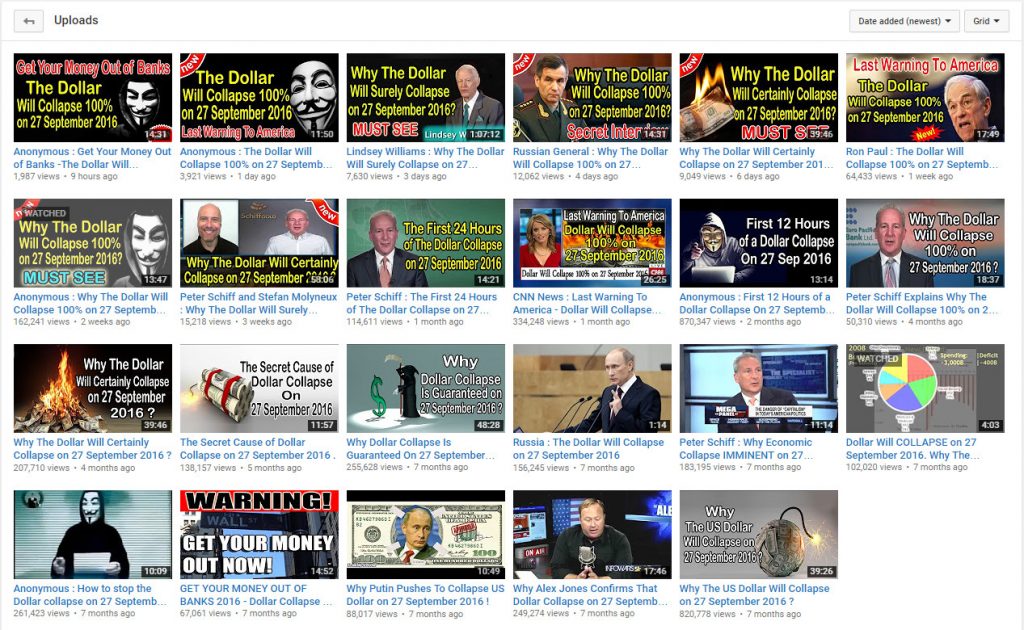 Certainly and Guaranteed to Crash on September 27th!

So what happened on September 28th after the non-pocalypse?  Change the dates of course! 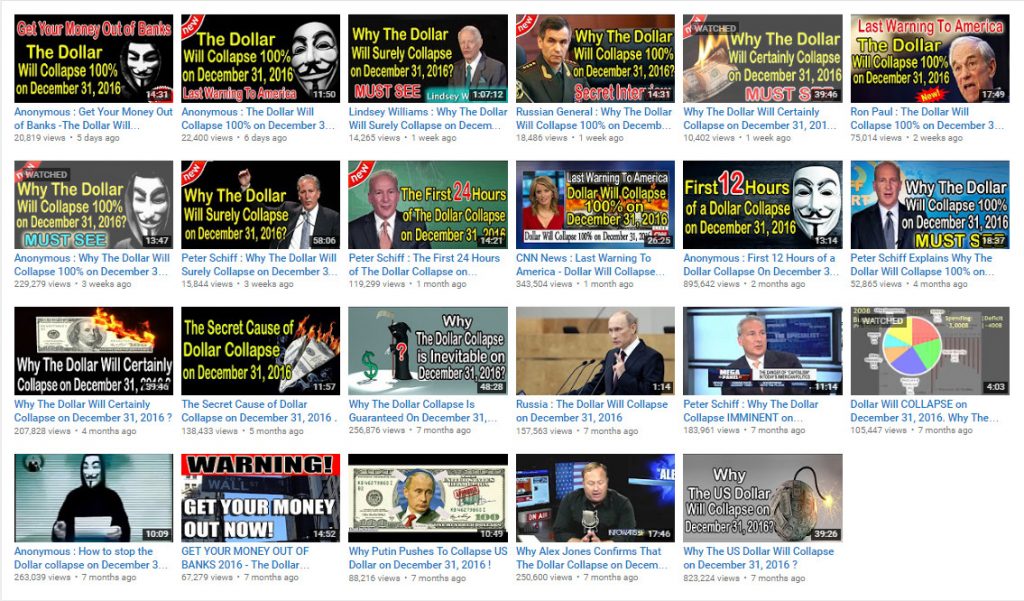 All references to September 27th have been replaced with December 31st.  The videos themselves are unchanged.  As an example, the Alex Jones video is from 2013.  Eltotitoful simply uploaded new video thumbnail images and modified the video titles/descriptions.

Oh wait, Eltotitoful did make one other slight change… all comments are now disabled.  Don’t want anyone to point out the obvious goal post moving! 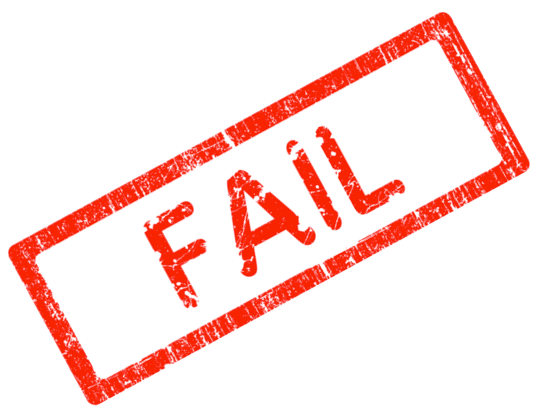