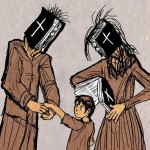 I intended to post this one a few months ago when the event happened but the post got pushed back in the drafts bucket until now.

The video below was yanked off YouTube shortly after it appeared in February, but the original uploader challenged the removal and the video was eventually restored for public viewing.

These are not joyous children reeling around an open field of flowers overflowing with the love of God. 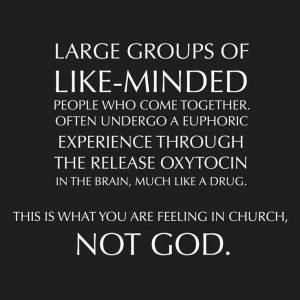 This is mass hysteria.

Mass hysteria consists of a large number of people being influenced by a feeling of panic to the point that they begin to experience physical symptoms. These symptoms often mimic the well-documented state of hysteria, but are characterized by their rapid remission and frequent dependence on immersion in the atmosphere of panic. [RationalWiki]

This is real world human psychology and not the result of some invisible supernatural influence.

Notice the disgusting smiling parents that allow this to happen to their children casually standing around taking pictures.

This is another disturbing example of the abusive nature of childhood indoctrination.

So where was the video recorded? 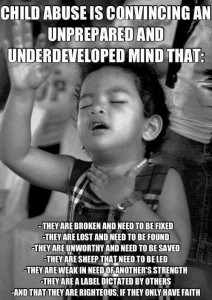 OCI is part of the Perry Stone mega-million-dollar-ministry Voice of Evangelism in Cleveland, Tennessee.

According to OCI’s About page, their mission statement: The Holy Spirit spoke directly to Perry Stone, in Bible verses no less, to prepare the youth of this generation into believers.  OCI is an indoctrination factory built to enslave young minds.

God has called Omega Center International to reach the sons and daughters of this generation through evangelism and restoration. We believe as we reach individuals with the knowledge of Jesus Christ, the Holy Spirit will restore them to their original purpose of a child of God who seeks intimate encounters with Him. Our primary focus is to mentor, teach and disciple through our weekly services, prayer meetings, small groups and conferences throughout the year.

The OCI facility is quite literally the Starbucks of evangelical indoctrination with a price tag of roughly $22 million to build.  Think about how many homeless or starving people could be helped with the amount spent on this facility for a moment.

Who is behind Omega Center International? 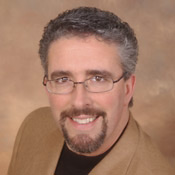 Perry Stone is, as others described him, a B-List televangelist that has been preaching since the age of sixteen.  He founded the Voice of Evangelism Outreach Ministries in 1985 and the Manna-fest TV program in 2000.  OCI was opened in 2013.  A more detailed article on Stone’s background can be found here.

You do not need to search far to see what kind of insane religious end times conspiracy nonsense televangelist Perry Stone excretes on his gullible congregation.

Here are just a few highlights: 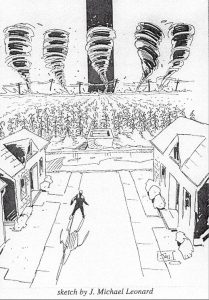 As with all televangefrauds and thought shifting psychics that make wild predictions of impending doom, expect the goalposts to change constantly and their interpretations to shift as the due dates approach.

When people like Perry Stone give too many specifics on their prophecy predictions, they will be outed as frauds very quickly when the dates pass or when the specific events fail to occur.

If an all-knowing, all-seeing, ultimate God of the universe wanted to send a clear message or a dire warning, why are there no specific details, locations, or dates ever communicated?

Perry Stone’s alleged prophetic visions of “five tornadoes and rows of houses” are insanely vague and then simply interpreted as proof of multiple unconnected events that have occurred in the past.

This is not prophecy or a divine message.

This is simply the work of a human televangelist parasite that reshapes the story to fit a narrative that will produce the most favorable re$ult$ from the gullible audience.

Parents should really take a few steps back and reconsider forcing their children into abusive indoctrination organizations run by people like Perry Stone.  The scars will last their entire lives. 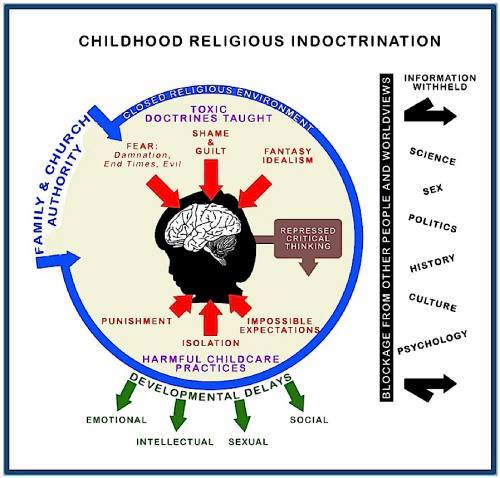 OCI must have been afraid that the public would see the results of what they have forced upon these kids.  Shocking. 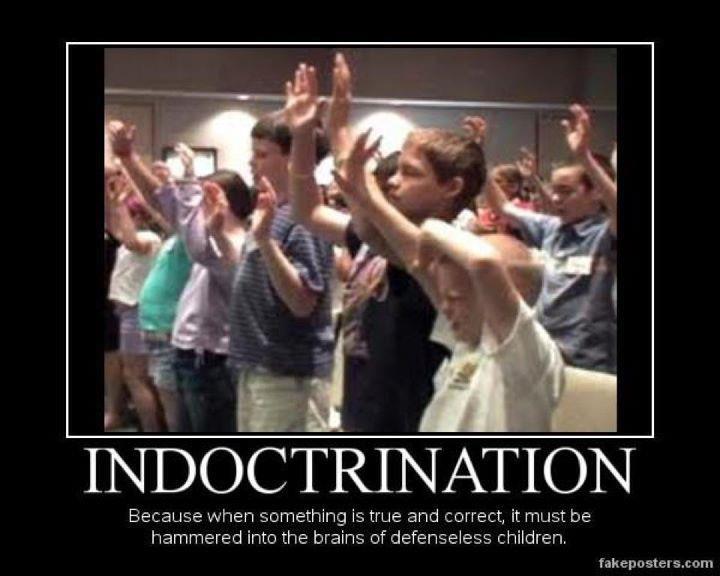