I really can’t stand this type 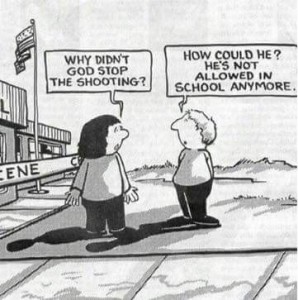 of Christian meme whining about God not being allowed in school.  Not only is the premise that God is forbidden from schools is an outright lie, the claim is completely disingenuous and marginalizes the horrific acts of the criminals that cut short innocent lives.

The fact that their God has never stopped innocent children from being raped by priests in his own churches should be adequate evidence for the lack of his divine omnipotence.

The reply meme below showed up a few days later from Wilson Nguyen.  I believe that the message solidly hits home without the last two sentences at the end. 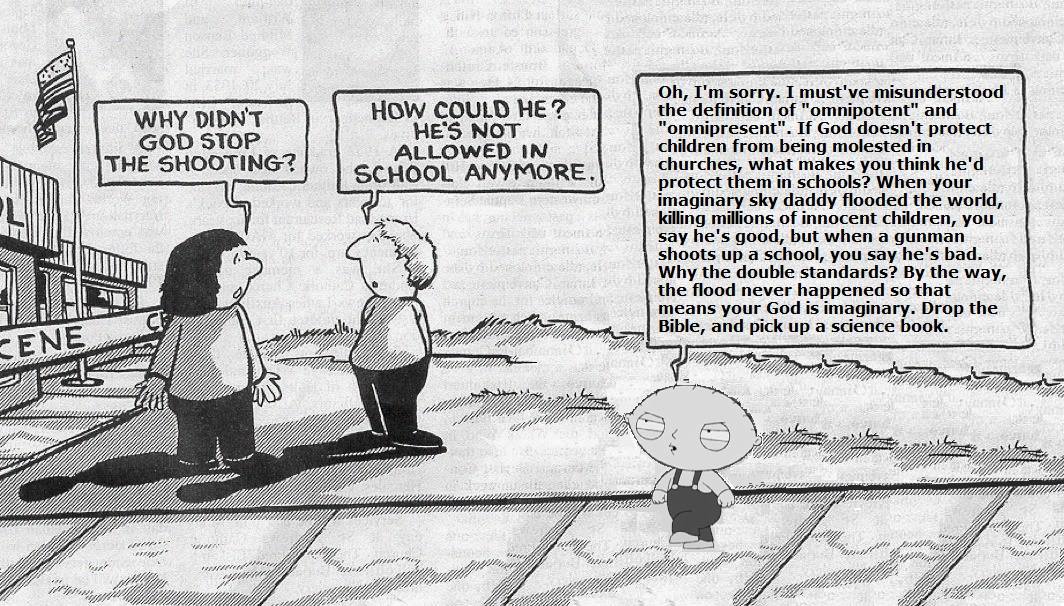 The claim that “God Isn’t Allowed in School” is a flat out lie.

The Supreme Court ruled that religious groups could hold meetings and prayer in schools as separate programs.  What is not allowed is public school led prayers or activities promoting religion(s) by the administration.

The claim that the 1963 removal of school led prayer is to blame for the increase of school violence is also complete bullshit.

The graphic below was posted on December 18th, 2012 after the Sandy Hook tragedy and it is still relevant today. 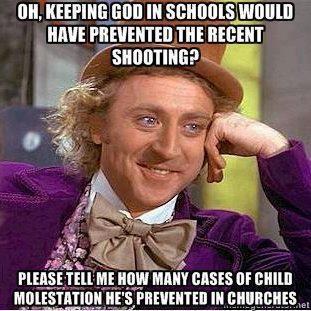 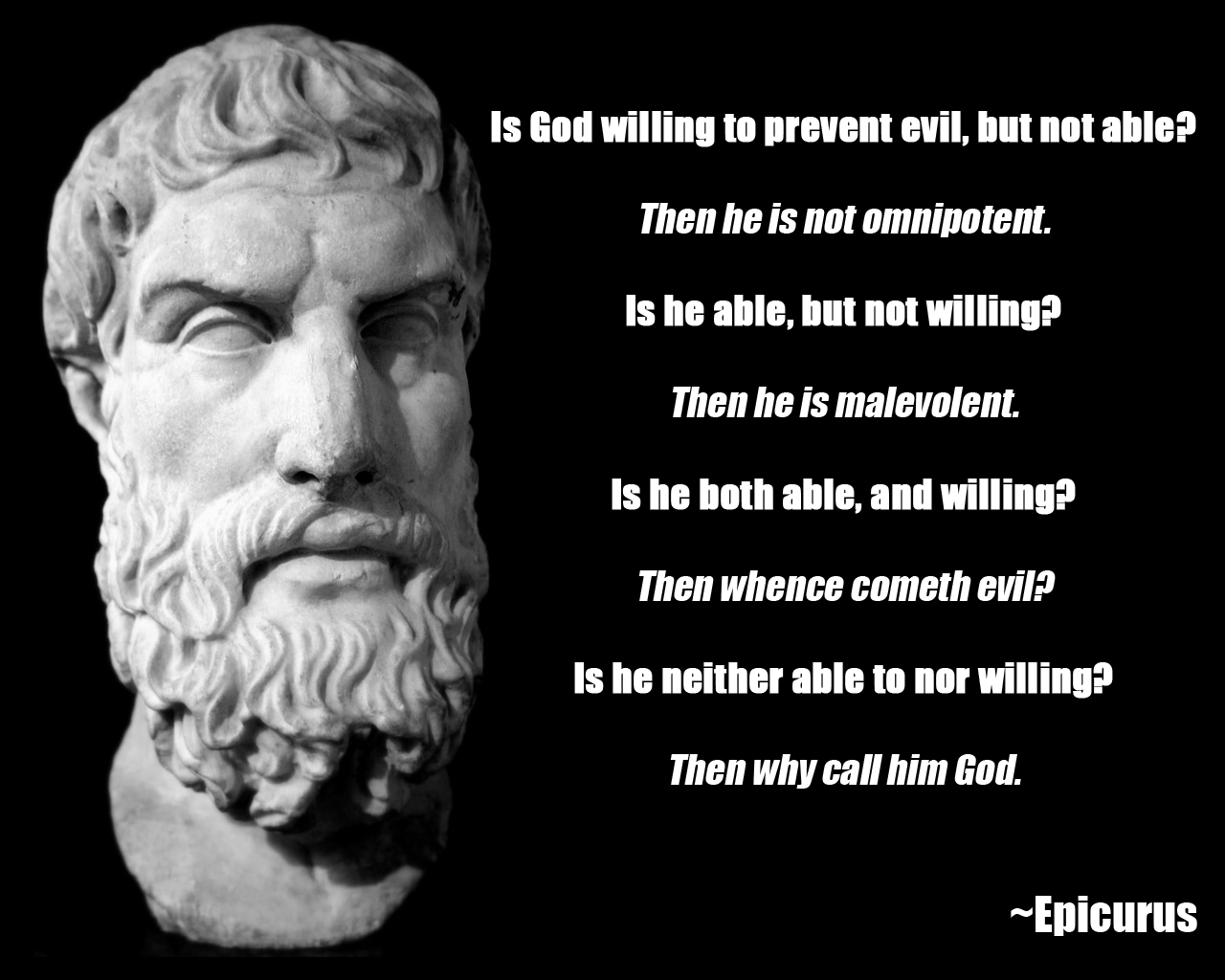 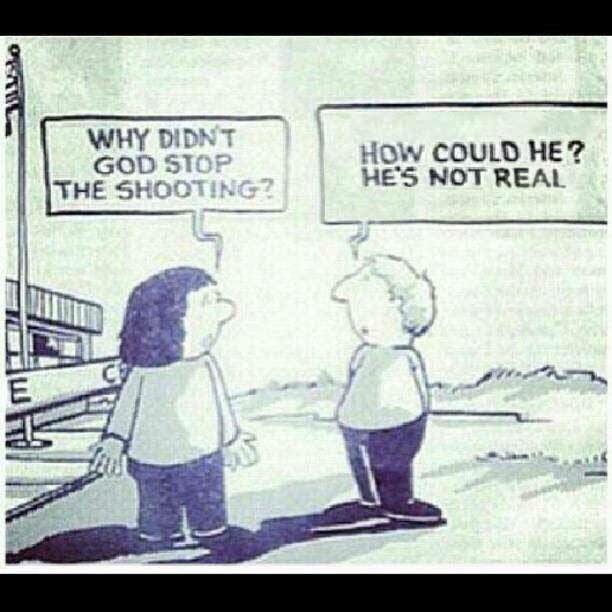