A recent article at Buzzpo.com got my attention with the unbelievable headline: 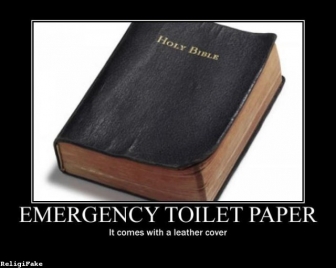 article details a protest in Germany concerning new “sexual diversity” curriculum being taught in schools.  A group of angry gays show up and:

Shockingly, the police sided with the gays, telling the Christians to leave “to avoid escalation.” The planned public speaking was made impossible.

The author continues along the lines you would expect: insidious LGBT agenda, Christians have fewer rights than gays, damnable sodomites, and other similar nonsense.  The site itself contains a trove of anti-gay and delusional Christian persecution complex material.

While using the Bible as toilet paper might appeal to some people as as Christianity slides slowly into mythology…  I wanted to check the claims of the unbelievable acts of throwing human feces and Bible ass wiping in the story.

#1 – The July 12, 2015 Buzzpo article was written by self described conservative journalist(?), Jodi Swan, cites 800 Whistleblower as her source.  No date of when these events actually happened and the 2nd paragraph makes it sound like the “sexual diversity” protest  was a recent event.

#2 – The 800 Whistleblower article goes even further to ratchet up the religious extreme in a few portions.

But since the Divine Law has been replaced by the dictates of politicians whose souls are seized by the devil, these sodomites “fill the land with violence and continually arouse” the anger of God (Ezekiel 8:17)

St. Peter described governors as “them that are sent by him [God] for the punishment of evildoers, and for the praise of them that do well. (1 Peter 2:14) Evildoers would include sodomites, since St. Peter’s moral code would have been from the Divine Law.

The article shows that it was shared over 221,000 times but there is no post date.  However, the page source contains elements that were uploaded in July 2015.

So where is the source for this part of the trail?

#3 – LifeSiteNews.com – Whoa!  Wait a sec.  This article is dated March 28, 2014 and includes the dire warning of “the ideology of the rainbow”.  The site also has an impressive list of critical reviews on Web of Trust.

So where does LifeSiteNews collect it’s homophobic hate from?

#4 – IntoleranceAgainstChristians.eu – We now arrive at the fetid source of Christian bullshit and the fine vintage of their pitiful whining.

site lists the incident as “Social Hostility / Intolerance” and an attack against Christian “morals”.

The most ridiculous and laughable portion of their entry is the childish whining near the end, that:

…their religious feelings were severely hurt.

So if this page is the original source, they should have some direct reports, newspaper articles, or video of the events as evidence of these absolutely shocking claims.  That would be perfectly reasonable…. and yet.

If viewing in Chrome, it should prompt you (far right side of the address bar) to translate the page from German to English.

After watching the protest videos and scanning the descriptions/comments, I could not find any footage or a single mention of protesters spitting, throwing eggs, throwing bags of feces at the champions of morality, or people lined up wiping their asses with pages from the Bible.

The ONLY mention of feces was from this fascinating representative of loving Christianity.

Video #4 does show an asshat protester pepper spraying the authorities but that is not relevant to what the Christian articles and their authors are attempting to get their readers to blindly believe what happened.

What about other new sites?  Now that we know the real date of the protests was in early March 2014, Google News search yielded two results.

Snopes.com has page detailing the Christian claims of the protest as “Unproven“.

Jodi Swan and others are crassly parroting outrageous and inflammatory accusations that allegedly happened almost a year and a half ago, and have no reasonable proof of ever actually happening…  all of it climaxing in one giant circlejerk of Christian sites spreading their bigotry and their delusional persecution complex.

Where do Christians get the idea of making wild unverifiable claims from events that allegedly happened long long ago?  Oh right. 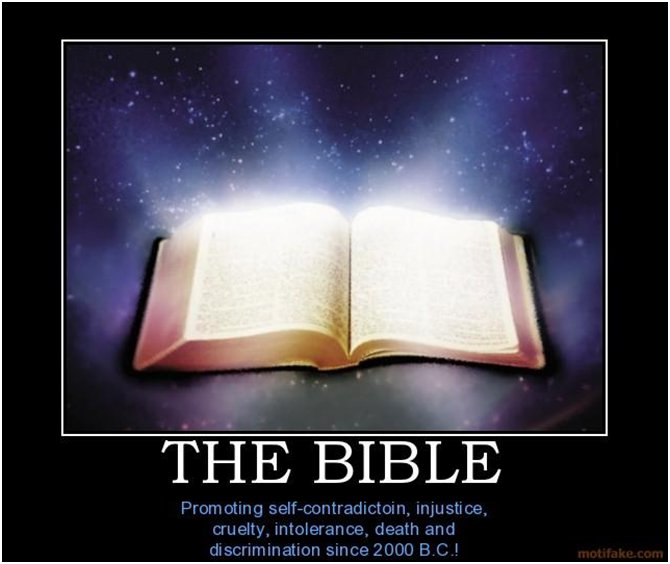