Honest Christian Meme – I Am A Christian, I Believe In The Bible 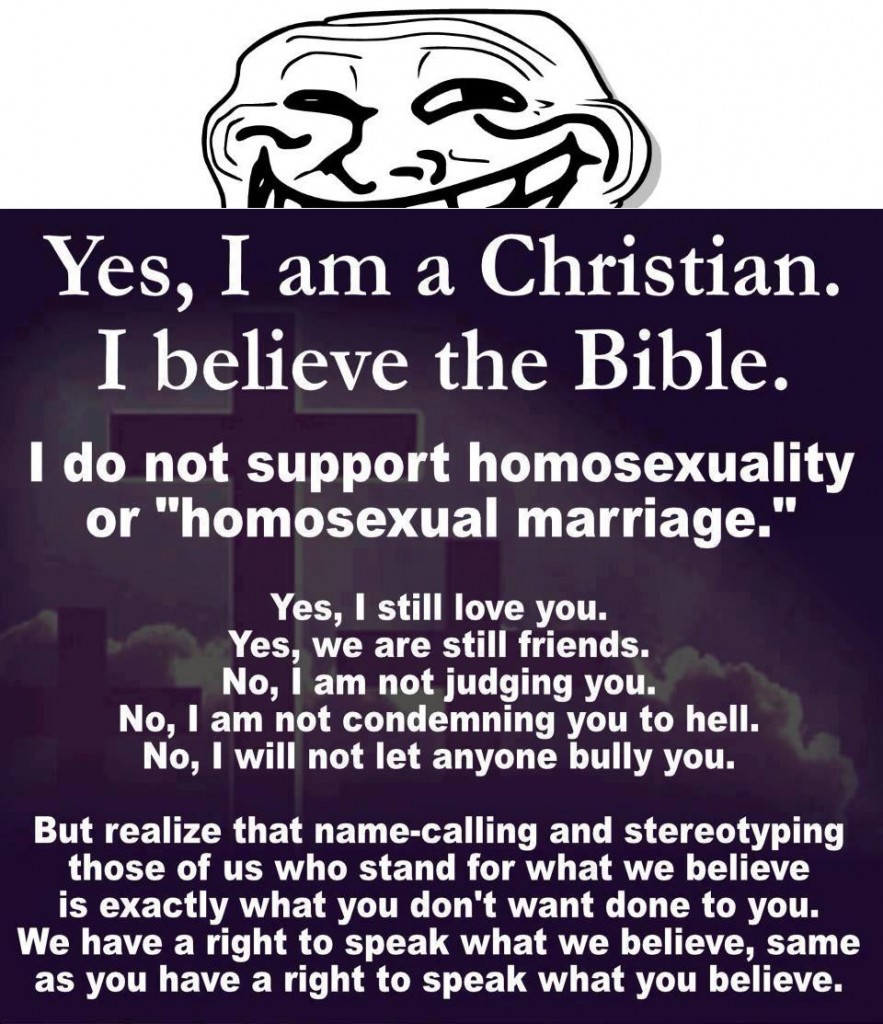 The Christian meme on the right has been making its way through Facebook in the days following the Supreme Court decision that affirmed Marriage Equality.  The warm-and-fuzzy language is carefully gift-wrapped to avoid sounding hostile.  The overall message is intolerant, bigoted, and unsuccessfully tries to portray Christians as persecuted victims.

Christianity does NOT own or have exclusive rights to marriage.

The practice of marriage was around long before Christianity showed up.  Over 5,000 years ago, the Sumerians made laws which regulated marriage.  It was only until the 16th century, that the Catholic church passed the Tametsi Decree, which declared that no marriage was legitimate unless recognized by the church.

In other words, marriage only became religious in nature because the church declared themselves in charge of it.

Marriage is a basic human right, not a heterosexual privilege only reserved for Christians.

When the word “But” is used, it NEGATES everything said before it.  “I want to help, but…” “We would love to …, but…”  In this case, the “love”, “friendship”, “not judging”, “not condemning”, and “not letting anyone bully” are negated and meaningless.

If the Christian Bible is going to be used as the guide to morality and how people should be treated; let’s take an honest look at a few major equality milestones and events in United States history and apply this same meme.

When the Thirteenth Amendment was first proposed, the meme, using the same same Christian “I Believe in the Bible”, would look something like this: 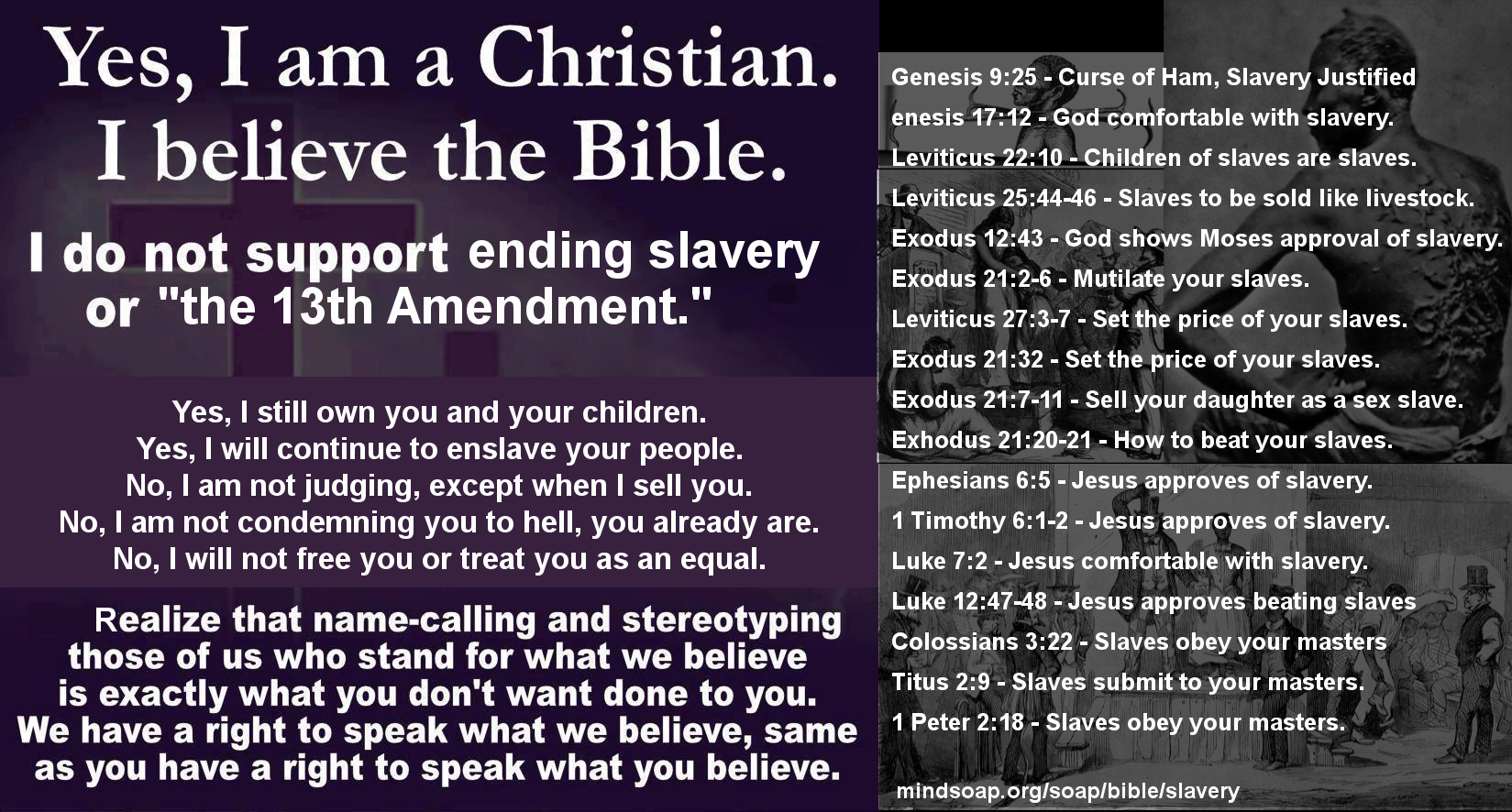 The Bible was what the people of the time used to JUSTIFY their beliefs in a divine right to enslave their fellow human beings.

For more information on slavery, I highly recommend: “God’s Almost Chosen Peoples: A Religious History of the American Civil War”

This one is for all the modern Christian ladies out there that enjoy the right to vote and be part of the political process to shape our society.

What did the opposition to Women’s Suffrage and The Nineteenth Amendment use to justify their beliefs?  What would the meme look like if it was from 1920? 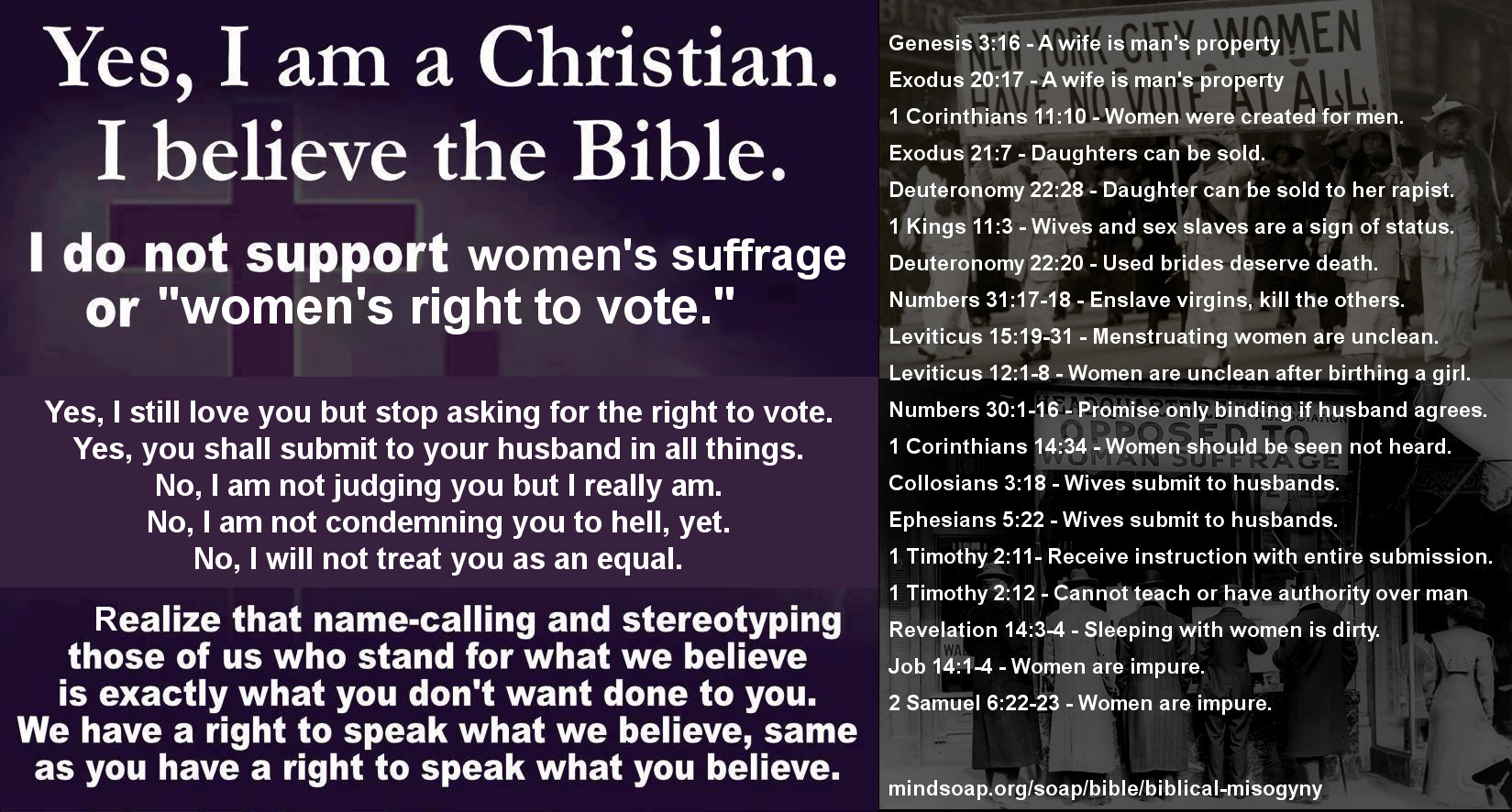 It’s almost as if the Bible was written by just a bunch of men who essentially considered women as property!

Religious leaders would never treat women like this or guide their followers like this though, right?  Wrong.

Who demand the ballot for woman? They are not the lovers of God, nor are they believers in Christ, as a class. There may be exceptions, but the majority prefer an infidel’s cheer to the favor of God and the love of the Christian community. It is because of this tendency that the majority of those who contend for the ballot for woman cut loose from the legislation of Heaven, from the enjoyments of home, and drift to infidelity and ruin,”   – Reverend Justin Fulton, written in 1869, in opposition to women’s right to vote.

What did the opposition to the Civil Rights Act (which outlawed discrimination based on race, color, religion, sex, or national origin) look like and what guided their belief? 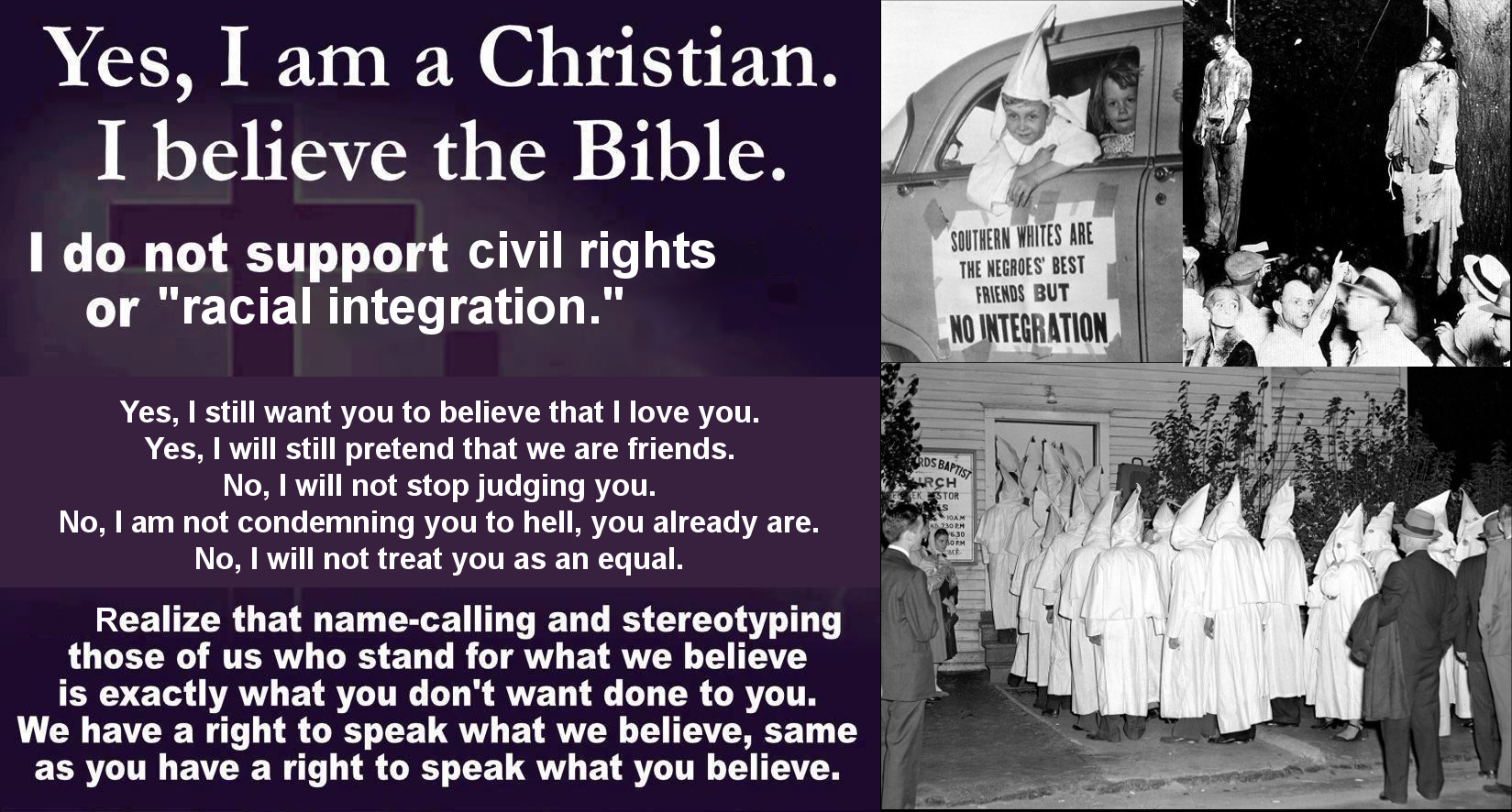 Yep!  Those are members of the Ku Klux Klan filing into a church.  Guess which holy book they were and still are using to justify their bigotry and hatred?

This was only forty eight years ago.  Forty eight!  You probably have parents and grand-parents that lived through this bigotry. 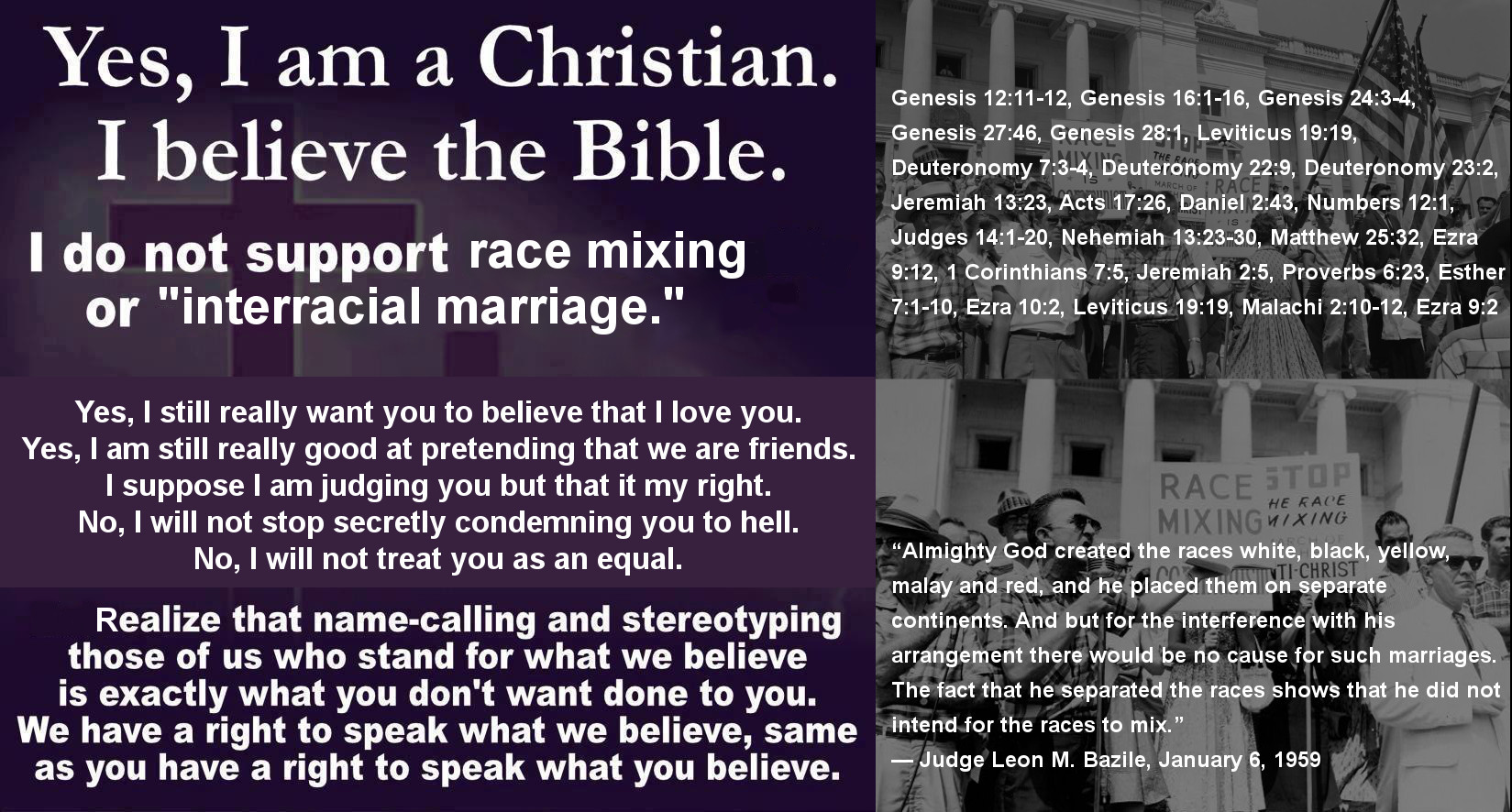 This is how honest Christian beliefs look when compared to earlier endeavors for equality in the United States. 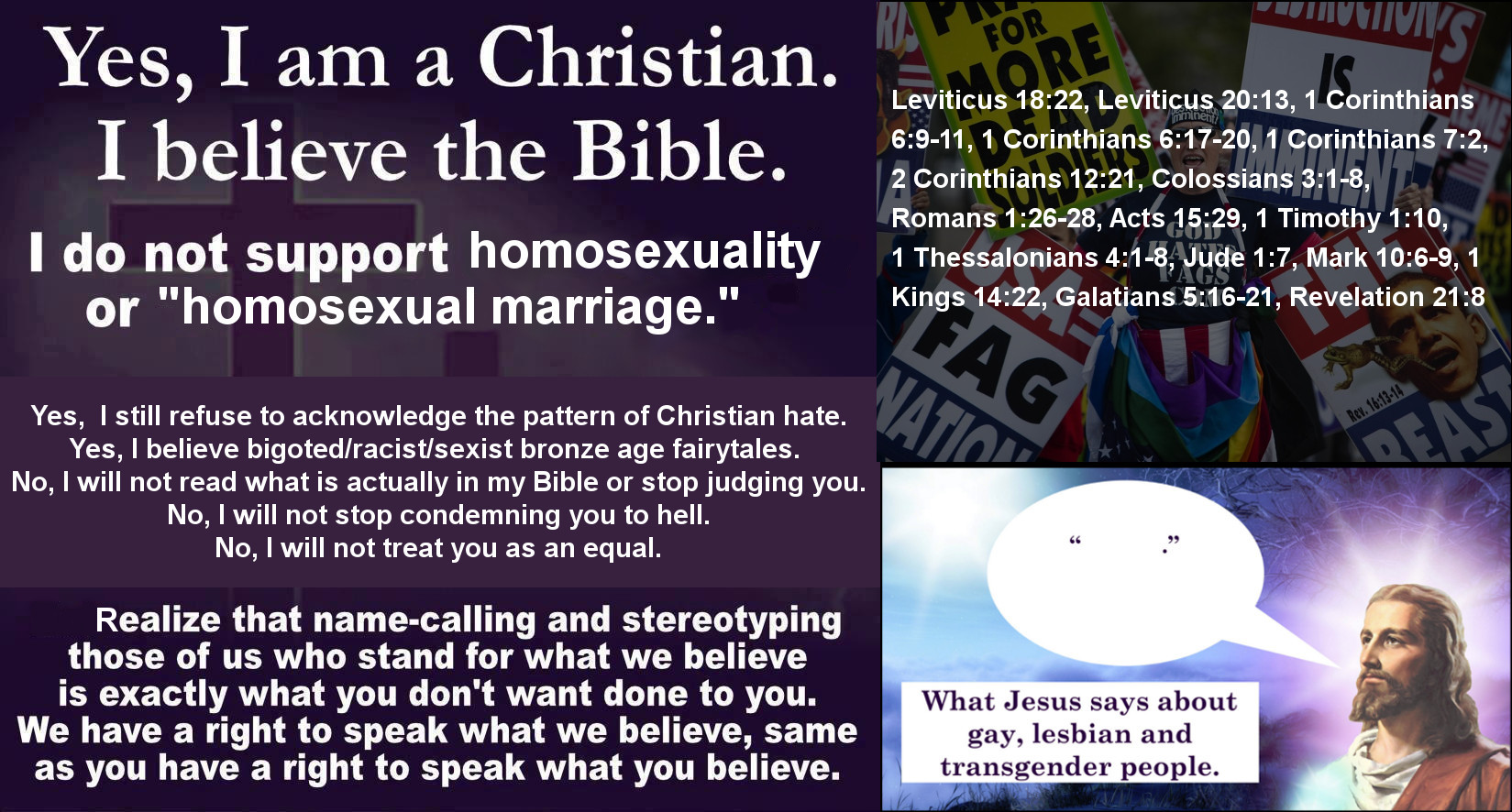 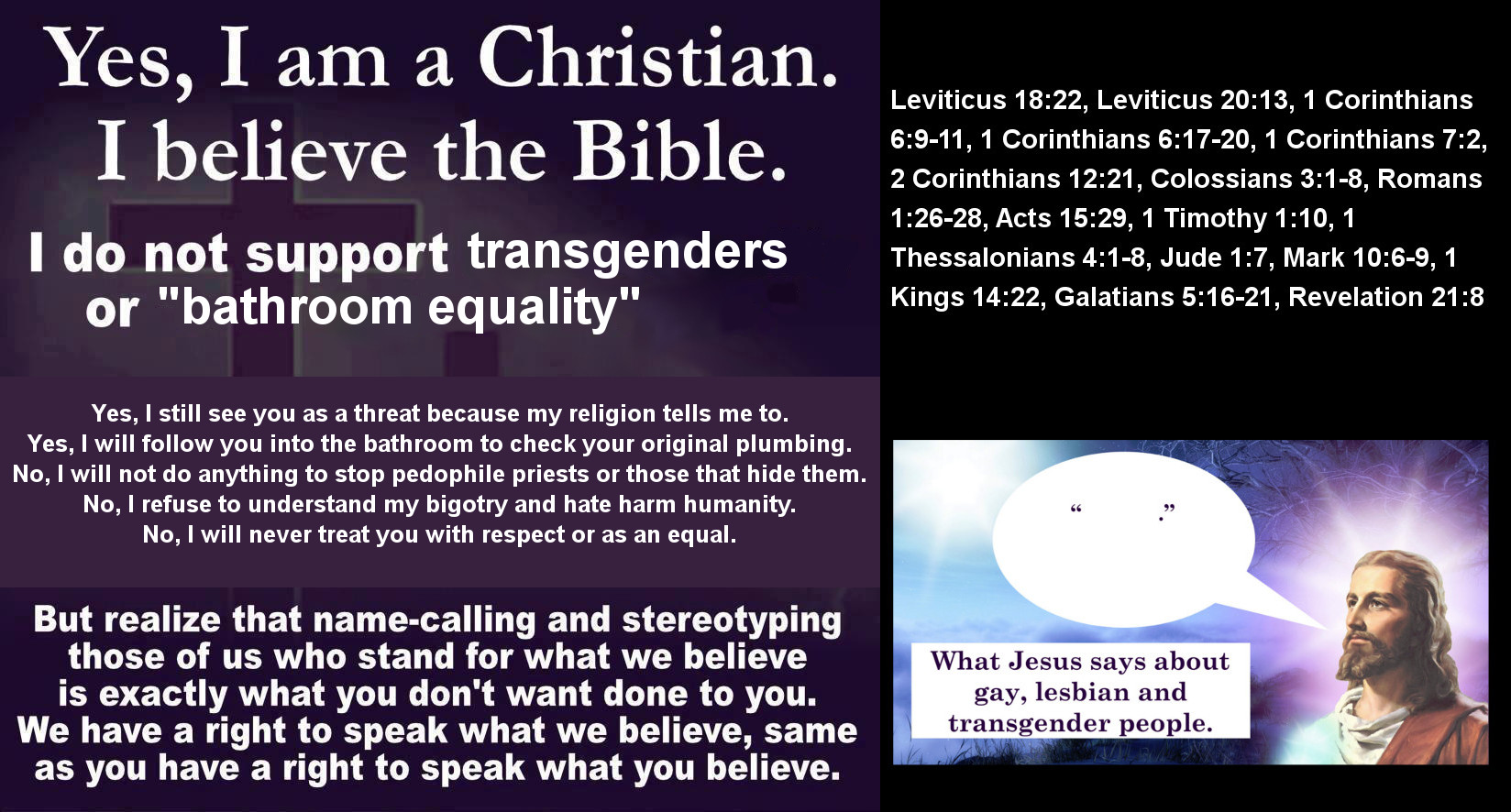 SEE THE PATTERN YET?

Christianity has never been an ally of equality.  It has been the source and justification of oppression, bigotry, and hatred for centuries.

Traditional Marriage in the Bible

Here is a quick rundown of what “traditional marriage” looks like in the Bible. 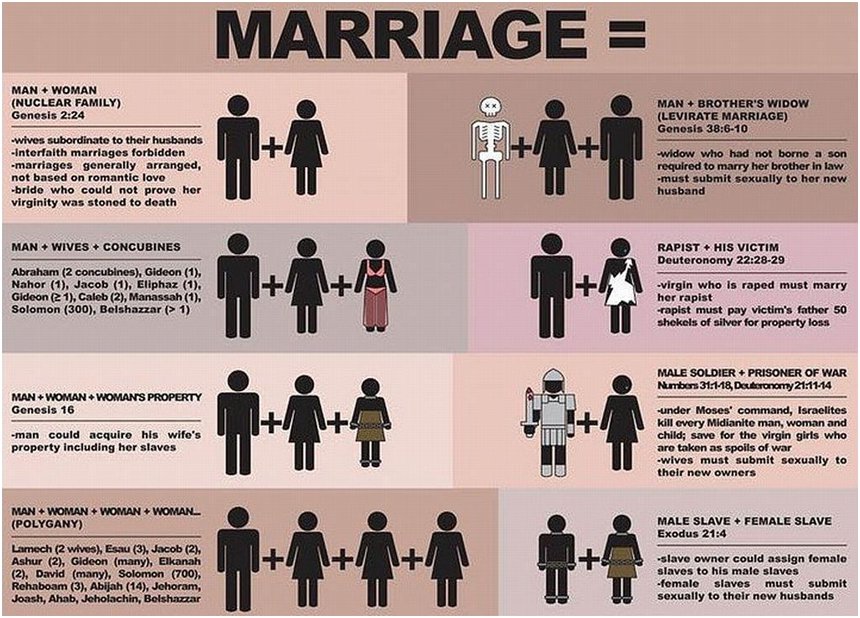 Here is a blank image below to create your own Honest Christian memes.  Feel free to visit other milestones of equality and how Christianity reacts.

It can also be used to justify other historical atrocities by Christianity.  A few examples: The Native American Genocide, The Crusades (any of them), The Spanish Inquisition, or even Christian ministers exporting their homophobic hate to Uganda. 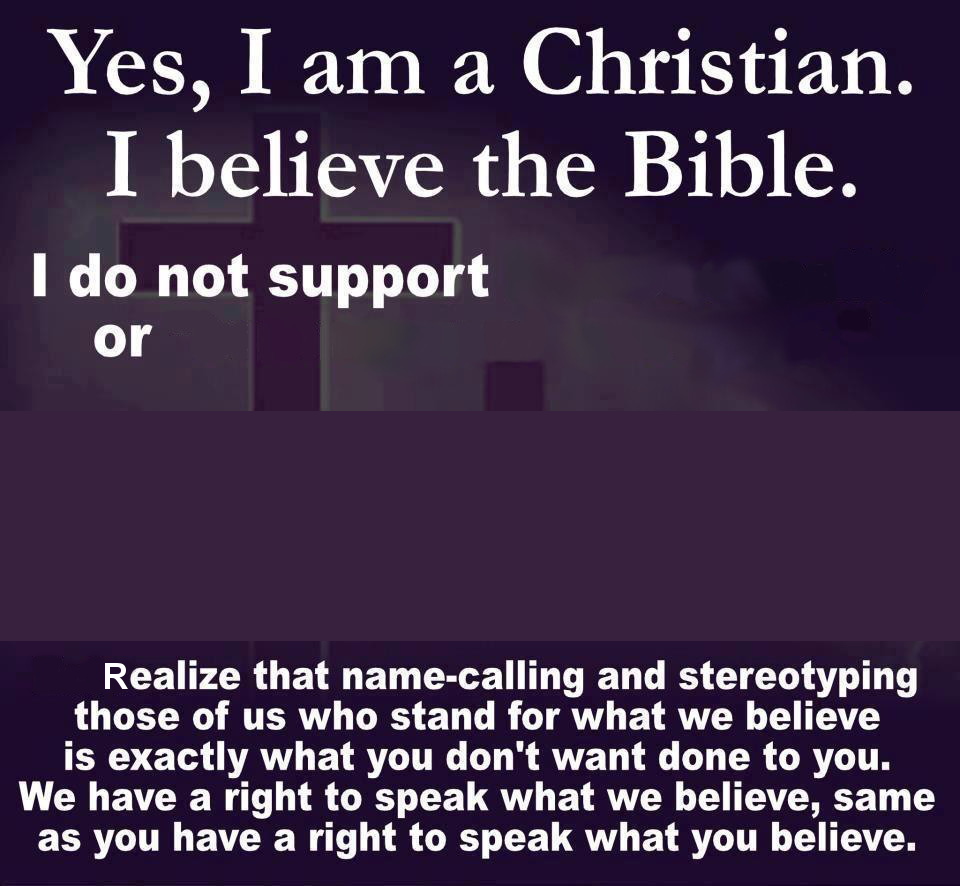 Forget Jesus, The Stars Died So You Could Be Here