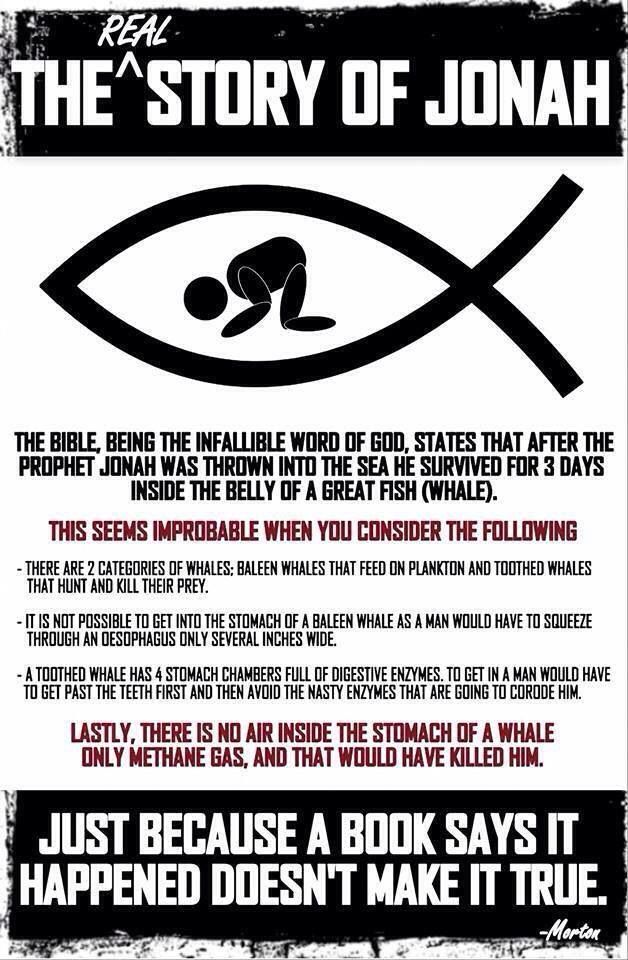 The disgusting lengths that Creationists will go to indoctrinate unprepared minds and poison them with this nonsense is nauseating.

While looking up some information for a new page, I stumbled upon an AnswersInGenesis.org “for kids” page titled “Did a Whale Swallow Jonah“, with the following conclusion:

Some people claim Jonah wasn’t really inside a fish because they think that no one could survive. But Jesus said it actually happened (Matthew 12:40). In fact, Jesus compared Jonah’s terrible situation to His own death and return to life. We may not know what the name of the big fish was, but we know that the account is true!

So what about the “great fish”?

The page alludes to another “great fish” such as the enormous Basking Shark.  This is physically impossible for a baleen whale and complete bullshit.

“As for the whale shark, Dr. E. W. Gudger, an Honorary Associate in Ichthyology at the American Museum of Natural History, noted that “while the mouth is cavernous, the throat itself is only four inches wide and has a sharp elbow or bend behind the opening. This gullet would not permit the passage of a man’s arm”  – The Scientific Monthly, March 1940, p227 [wiki]

Basic Biology = If a man was actually swallowed by a whale or some other “great fish”, that man would be fucking dead.