In the previous chapter, we learned about 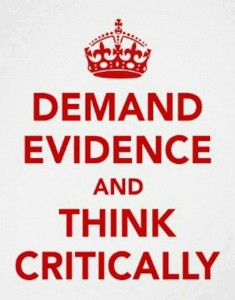 Thought Shifting can literally do almost anything from mental/physical health, addiction, money, relationships, and even being able to stop a rampaging hurricanes or tsunami… Thought Shifting is an incredible technology… according to the “only one on the planet” that can do it, Pam Ragland.

In this chapter, we take a closer look at Pam Ragland’s claims of facts, evidence, and research. 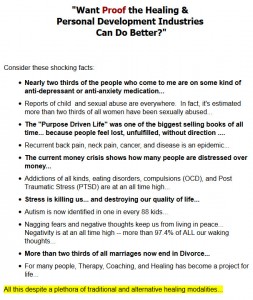 I love facts!  Especially shocking ones!  Early into Ragland’s mind numbing 80 page description of Thought Shifting, she asks us to consider:

Is this really shocking that 2/3 of the people that seek out a psychic healer are on some sort of medication?

Reports of child and sexual abuse are everywhere.  In fact, it’s estimated more than two thirds of all women have been sexually abused…

This is the typical hook into “we’ve all seen it in the news, so we now identify with each other” schtick.

Ragland does not bother to cite any sexual abuse statistics or sources.  Here are some real world statistics that are easily accessible:

Quite a difference in these statistics versus Ragland’s claim. 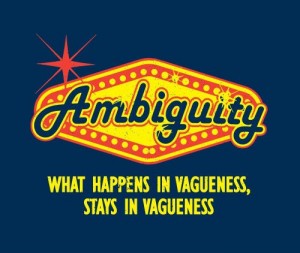 Recurrent back pain, neck pain, cancer, and disease is an epidemic…

The scary term “epidemic” makes many appearances throughout Ragland’s pages without any statistics or sources.

Stating “the current money crisis” is somewhat humorous as there is always some sort of financial trouble around the world.  Everyone feels distressed over money at some point in their lives.

Addictions of all kinds, eating disorders, compulsions (OCD), and Post Traumatic Stress (PTSD) are at an all time high…

Stress is killing us… and destroying our quality of life…

No sources or information on these claims at all.  With the never ending military actions in the Middle East and other parts of the world, PTSD should be expected to be at an all time high unfortunately.

Autism is now identified in one in every 88 kids…

This claim was accurate from a 2007 survey where 1 in 86 (1.6%) of children were identified with autism.  A more recent survey showed an increase in those numbers to about 1 in 50 children (2%) showing the disorder. [LiveScience]  Also from the article:

Most of the rise is attributed to new autism cases diagnosed after 2008, the researchers said. In particular, there was an increase in cases of older children (ages 10 to 17) diagnosed with mild forms of autism. More than half of the children with autism in this age group had a mild form of the condition, the latest findings showed.

The reason for the rise is not known, and cannot be determined from the report. But the findings suggest that doctors and other healthcare professionals are getting better at identifying and diagnosing mild forms of autism, said study researcher Stephen Blumberg, of the Center for Disease Control and Prevention’s National Center for Health Statistics, the organization the released the report.

So the increased number of Autism cases are the result in better identification and diagnosis by healthcare professionals.  No psychics or intuitives were consulted for the study apparently. 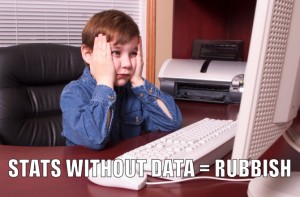 Nagging fears and negative thoughts keep us from living in peace… Negativity is at an all time high — more than 97.4% of ALL our waking thoughts…

Where does this bizarre number come from?  How does Ragland measure negativity to arrive at such a number?  She does not provide any data or sources for this statistic.

More than two thirds of all marriages now end in Divorce…

Now we’re back in the 2/3rds territory again.  This is also a false statistic.  Here are two other sources of information on marriages ending in divorce.

For many people, Therapy, Coaching, and Healing has become a project for life…

People needing therapy or medical healing “for life” is not shocking or proof to any of Ragland’s claims.

Pam Ragland claims that she can “scientifically quantify” and “measure” the epidemic of negativity.

With all these shocking statistics for this epidemic of negativity, surely Pam Ragland cites the actual data that she is measuring.

If Pam Ragland can “scientifically quantify” and “measure” then there should be some actual data here.  Is there?  Of course not.

Pam Ragland provides a ton of Excel charts to illustrate the scary negativity epidemic and how Thought Shifting can make all the icky sticky negativity vanish.

As Ragland provides zero data or statistics on her research, the charts are essentially useless and completely irrelevant. 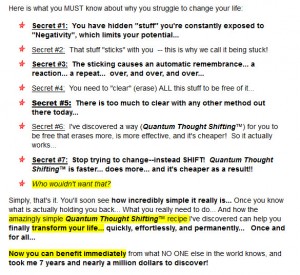 There are seven secrets that explain why change is so difficult and cause people to struggle in life.

Now you can benefit immediately from what NO ONE else in the world knows, and took me 7 years and nearly a million dollars to discover!

She spent nearly a million dollars to discover this?  But I thought she was divinely told what to do?

To really understand why change is so hard, you need to know how you learn… because only then can you begin to understand WHY you do what you do.    It’s really pretty amazingly basic.

First, as a baby, you’re exposed to something… for example, a door.  You learn it’s called a “door”.  Then a “wooden door”… Or a “glass door”. You “store” this information in your brain.  In your subconscious…. which just means “beyond your conscious thought”.  Or, simply, that you don’t need to think about it.  It’s automatic.

So, the next time you see a door… you automatically know it’s a door…. it’s a NEW HABIT…

This habit is STORED IN YOUR BRAIN… in your SUBCONSCIOUS… it’s all stored–what you see, hear, taste, touch, feel….

A door.  Subconscious information storage.  I don’t see where you’re going with this yet….

And, the next time you encounter a door, ALL that information comes up… automatically… just like starting up a computer.  In fact, computers are modeled after your amazing brain.  (In your brain your Subconscious information is called a “neural pathway”.)

Here is where Ragland makes sh*t up again. 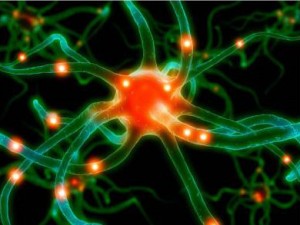 A neural pathway is NOT subconscious information but rather the physical connections of the nervous system.

Ragland clearly does not understand the basic difference between the physical structure of human brain and psychological concepts of the mind…. they’re all just casually lumped together to explain the negative icky stuff.

So, if you smashed your finger in a door, or have an otherwise negative experience, this is also stored together with the idea of a “door”.  This limitation is called “Negativity”.

This is a really bad comparison.  If you smashed your finger in a door, would that not be a temporary painful experience.. followed by future caution to not have that happen again?  You know, how we learn about the world around us.  It does not have to be hyped up to be a limitation or completely negative.

There is a principle in Physics called “Like attracts Like”.   Some people, like in the movie “The Secret”, or Abraham-Hicks, call this the “Law of Attraction”.  But, the truth is, this isn’t some “New Age” idea.  In fact, it’s a proven scientific principle.

This is where Pam Ragland attempts to merge science and physics with the “Law of Attraction” to gain credibility.

First, in nature, as a general rule, like does not attract like, like repels like. Magnetism and polarity is one of the purest examples of this. The same poles of magnets fight to get away from each other, while opposite poles desperately seek to connect. Same thing with electricity, like charges repel each other, while differing charges attract. So, if our thoughts emit electro-magnetic waves all day and other beings can, in fact detect and respond to them, the far more “natural” assumption is that others with “like” thoughts and similar electromagnetic waves will be repelled, not drawn to us.

[I’ve Got a Secret, The Law of Attraction Is A Lie]

The principle of “like attracts like” is not absolutely true according to physicist John Lekner at the Victoria University of Wellington in New Zealand.

Abraham-Hicks and the Law of Attraction were previously reviewed and are absolutely unproven as a scientific principle. 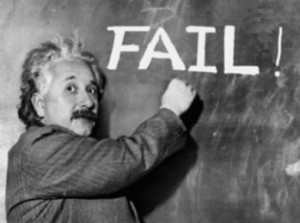 including you… is made up of energy… E=MC(2)   Your THOUGHTS are simply energy…  Again, this isn’t some “New Age” idea.  It has, very simply, been proven with science over and over.

This is Pam Ragland’s worst and most repeated criminal offense, using a variation of the “Everything is Energy” Einstein quote to make an unfounded claim or to deflect any sort of criticism.

The quote is unattributed to Albert Einstein but is still commonly used by pseudo-science New Agers to sell their wares.

This quote can be traced back to Hollywood special effects designer and “channeler” Darryl Anka…. or the entity called Bashar that Anka claims to communicate with.  A snapshot from April 2000 can be found on the WayBackMachine and the quote can be found on last paragraph.

A very detailed investigation into the origins of this quote can be found here: http://quoteinvestigator.com/2012/05/16/everything-energy/

an entire new scientific discipline has cropped up in recent years which understands this more fully called “Quantum Physics”… It expands the old limitations of Physics, and has made a ton of new discoveries as a result…

Quantum Woo and mysticism is how a concept appears to be too incredible to believe, quantum physics is proposed to be the explanation.

Quick Summary: Quantum woo is an attempt to piggy-back on the success and legitimacy of science by claiming quack ideas are rooted in accepted concepts in physics, combined with utter misunderstanding of these concepts and a sense of wonder at the amazing magic these misunderstandings would imply if true. A quick way to tell if a claim about quantum physics has scientific validity is to ask for the mathematics. If there isn’t any, it’s rubbish. 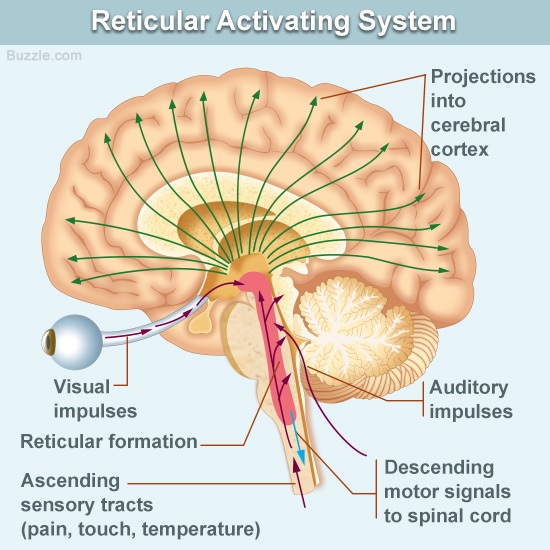 Do you remember all that measured negativity data Pam Ragland provided on her research?

Further, science has proven the existence of what is called the “Reticular Activating System”. it’s like a personal shopper for your brain!   Based on what is already in your Subconscious, it looks for a match to help “create” your life for you…

A personal shopper for your brain?  This is completely false!

The Reticular Activating System is a set of connected nuclei that are responsible for regulating wakefulness and sleep-wake transitions.

It is not a “personal shopper” as Pam Ragland claims.

Claims and Statistics Without Data or Sources = BULLSH*T

In fact, according to a recent study, 9 out of 10 people would rather DIE than change!

No source provided for this study.

Remember, I have measured people who have had “clearing” work for 30 years… yet still have only been able to be free of less than .05% of their Negativity in all that time.

According to NASA research, it takes on average 26 days to purge (erase or replace) each ONE of these thoughts…

No NASA source or data provided.  Google search results only show Pam Ragland herself making reference to this research.  Lulz.

The truth is, with all this Negativity on the planet, which has been growing exponentially over the past 2,000 or more years…

And, I know… because again I have measured it!

The Negativity on the planet is still rising…

Purge huge chunks of your limiting thoughts and emotions “Negativity”–an average of 11%– in one fell swoop (instead of less than a 0.05% over decades)… MASSIVE CHANGE!!  …

You likely don’t even realize how many of them you have–especially because you are only consciously aware of 1% of all your negativity!

In my Thought Shifting™ Level 1 Program, you still  have an average of 11% of all your negativity removed in just a day!!

If you’ve made it this far, here is a great wallpaper! 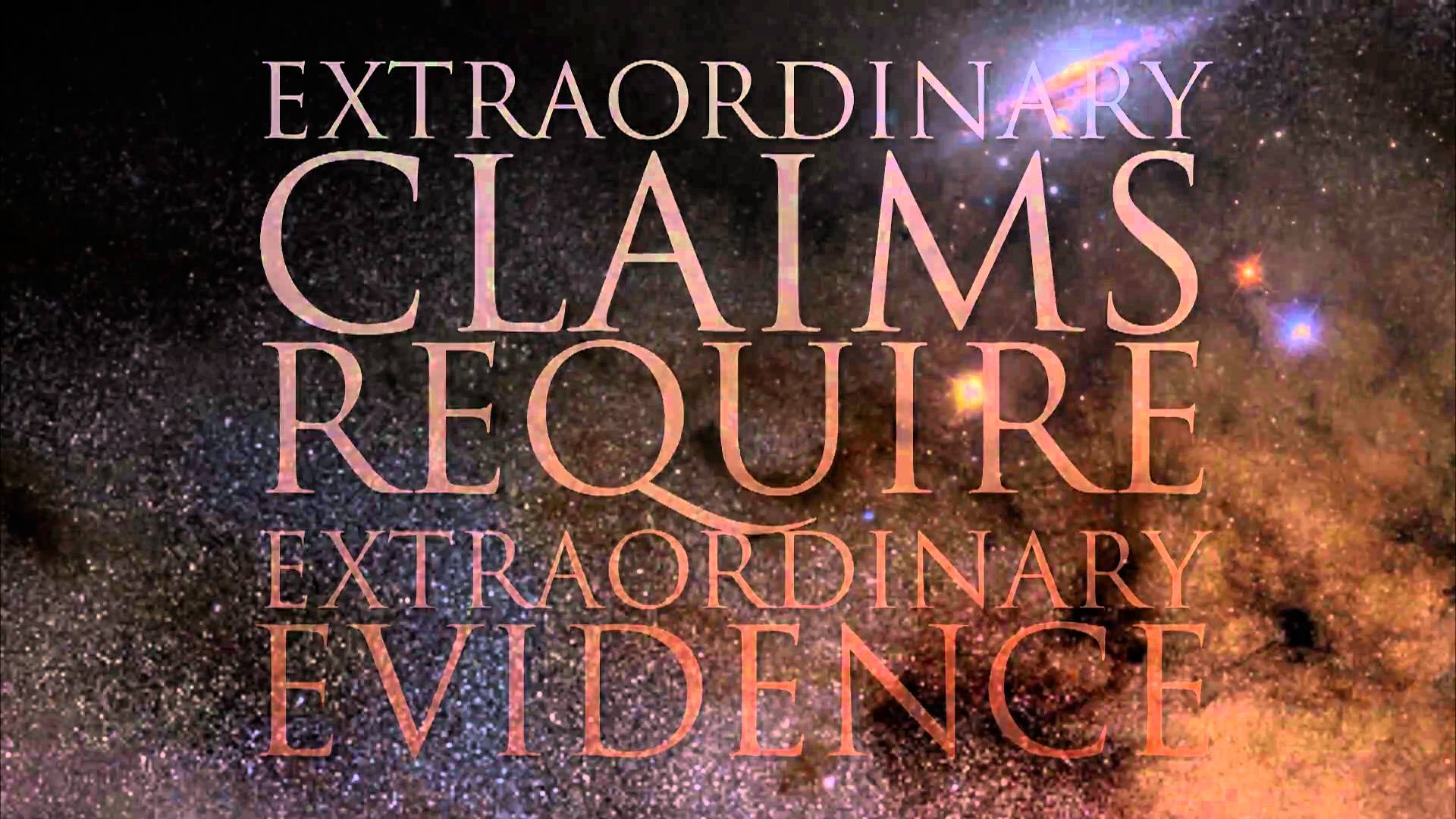