The Murdering of Our Daughters (Reviewed)

Anti-Vaccination conspiracies are now Pam Ragland’s short term topic of interest since nobody is paying any attention to her failing psychic abilities.

*** PLEASE READ AND SHARE IF YOU HAVE OR KNOW SOMEONE WITH A TEEN GIRL!!! *** I had not idea the DEATH RATE from #Gardasil is 1 in every 900+ girls while the Cervical Cancer it purports to prevent is 1 in every 40,000 women. ANY DEATHS ARE TOO MANY.

The full text of the shared post is minimized in the image on the right, but when expanded it unleashes a ton of WTF links and videos.  This post focuses on two aspects of this FB share: 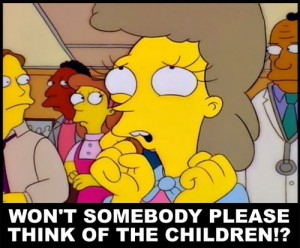 The image of the scary needle and the faces of the eight teenage girls is officially stamped with a logo from “The Liberty Beacon”….  not a medical institute or research study group.

One of Pam Ragland’s own page followers is the first to respond with links to Snopes and Forbes that easily debunk these claims.

Do any of the follow-up commentators even acknowledge that other information (you know, with actual verifiable facts) was posted?  Nope!

One of the most prolific studies on the Gardasil vaccine belongs to the Journal of the American Medical Association, (JAMA.) This study circulated in 2009 and supported the following facts:

If this is the type of misinformation that Pam Ragland’s intuition drives her to believe and then immediately turn around and instruct her followers, where does the information come from?

The two starting points appear to be CancerTruth and The Liberty Beacon.

Who doesn’t like a little Truth and Liberty in the morning???

Let’s find out what CancerTruth is all about shall we?  <<le click>> 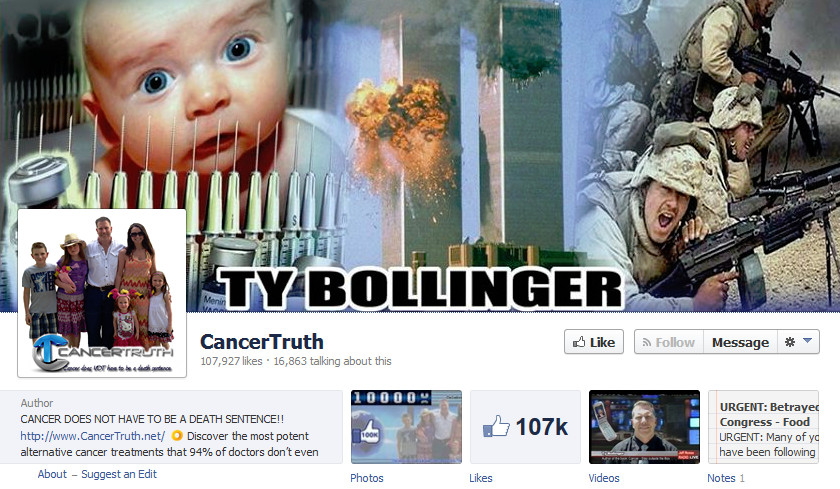 A frightened baby behind a row of rusty needles, 9/11 explosions, and screaming army bros.  Well lookie here..  Another quackster selling their shit to the vulnerable and ignorant.

What about The Liberty Beacon?  That sound patriotic!  Who doesn’t love America!?!  <<le click>> 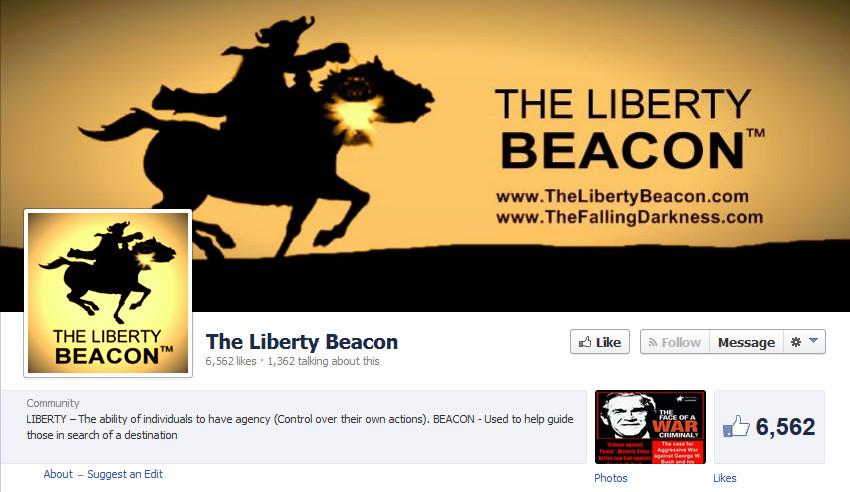 I wonder what that is all about…. <<scrolling down the timeline>> 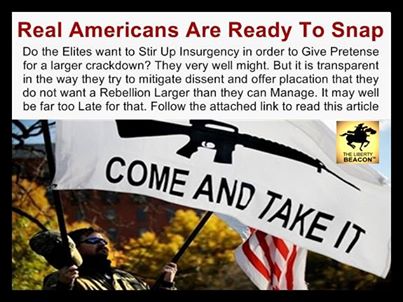 When visiting their main website at www.thelibertybeacon.com, WOT reported back a number of negative site reviews that are worth the read.

Liberty Beacon’s articles and rehashed posts from previous years follow the typical paranoid conspiracy theory path.   The Falling Darkness site appears to be a “Conspiracy-Lite” edition, where the amounts of “crazy” have been watered down to lower levels.  This may be a way to engage moderate readers and still insert a number of their conspiracy theories.

So if you began your skeptical journey into WTF-land from Pam Ragland’s post, it only takes 1-2 clicks before arriving at batshiat crazy town.

The worst part of the stunning willful ignorance when faced with outright misinformation is perfectly captured in the last user comment of Ragland’s shared post.

The Murdering of Our Daughters Review

The Murdering of Our Healthy Society

Almost all of the links attached to the Facebook share were flagged by Web of Trust as “Misleading Claims or Untrustworthy”.  Shocking right?

The Murdering of Our Daughter’s  — by Dave Hodges

“I just wish someone had warned me about #Gardasil……. My Jasmine would still be here with us.” ~ Rhonda Renata (mother of Jasmine Renata)

According to the mother of Jasmine Renata, aged 18, her daughter was murdered by #Merck. There was no autopsy, no official recrimination of Merck, just a grieving mother left to bury her only daughter.

Unfortunately, this scenario is being played out time and time again and nobody is holding Merck criminally accountable for the all-to-deadly results of Gardasil. The reckless use of this killer vaccine continues unabated despite the fact that Merck was recently ordered to pay six million dollars to another parent of a daughter that was murdered by Gardasil.

Dave Hodges apparently runs The Common Sense Show.  While WOT does not have a site review at the moment, the topics and opinions are nearly identical to CancerTruth and Liberty Beacon.  Hyper fundamentalist christian conspiracy nonsense.

In regards to Rhonda and Jasmine Renata;

Does Gardasil Actually Increase Your Risk of Cervical Cancer? http://articles.mercola.com/sites/articles/archive/2010/07/20/does-gardasil-actually-increase-your-risk-of-cervical-cancer.aspx

Wait what?  This one again?  Duplicate from NaturalNews.com from above.

Population Research Institute – Overpopulation Awareness has an interesting video (embedded below) that describes the PRI as a well funded right wing religious group opposed to contraception, family planning, and abortion.   PRI has also incorrectly suggested that overpopulation is a myth despite the scientific consensus that humans are using resources.  WOT site review.

SkeptVet has a great post “Anti-Vaccine Activists and Conservative Christians vs HPV Vaccination“.

The highly biased pop.org article itself is simply another Diane Harper rehash that has been refuted at Scienceblogs.com and other sites.

Merck’s Former Doctor Predicts that Gardasil will Become the Greatest Medical Scandal of All Time: http://healthimpactnews.com/2014/mercks-former-doctor-predicts-that-gardasil-will-become-the-greatest-medical-scandal-of-all-time/

Another duplicate rant concerning Dr. Harper which has been previously debunked here and here.

The references Mercola cites even in the first few paragraphs are bewildering.

Most recently, an oncology dietitian pointed out significant discrepancies2 in a new HPV vaccine effectiveness study published in the Journal of Infectious Diseases, which evaluated data from the National Health and Nutrition Examination Surveys (NHANES), 2003-2006 and 2007-2010.

“pointed out significant discrepancies”?  The citation points to a dead MarketWatch page?  Ok.  Archive.org does not have it saved.  Searching for the hyperlink keywords turned up a working link at Judicial Watch.  The article only details statistics from the National Vaccine Injury Compensation Program.  Nothing about an oncology dietician pointing out significant discrepancies of anything.

This video was created by The National Coalition of Organized Women (NCOW).  Skepdic has a very interesting background article on the group and it’s founder, Eileen Dannemann.

This is another rehashed compilation of nonsense from other misleading articles written by Tony Isaacs.  Mr. Isaacs and his partner Luella May apparently make their living by selling their wares and dangerous medical advice, such as promoting Oleander Soup to treat cancer, AIDS, and hepatitis.

NaturalNews.com was detailed above as an untrustworthy source of information.  The sources for their information?  Sanevax and a new one…  CNSNews.com.

Japan withdraws support for HPV vaccines due to infertility side effects: http://www.naturalnews.com/041099_Gardasil_side_effect_Japan_infertility.html#ixzz2vlIw8kB1

30 stunning facts they don’t want you to know about Gardasil and HPV vaccines: http://www.naturalnews.com/037154_Gardasil_HPV_vaccines_scientific_facts.html#ixzz2vlJEt5GS

The ever spooky “they” finally appears and of course the “facts” do not have any citations or external sources… except for NaturalNews referencing PrisonPlanet, InfoWars, and….  NaturalNews again.

RationalWiki and Skeptic’s Dictionary both have background information on Russell Blaylock.

The Truth About the Gardasil Vaccine by Dr. Sherri Tenpenny  http://www.youtube.com/watch?v=Rh_Qb0B0QKg

A Critical Look at Gary Null’s Activities and Credentials – http://www.quackwatch.org/04ConsumerEducation/null.html

Gary Null claims the manufacturer of his own “Ultimate Power Meal” overloaded the supplements with Vitamin D that nearly killed him. [linky]

Exposed: The Truth About Vaccines (Too Many Links to Count! This is one of the most comprehensive pages on the dangers of vaccines on the internet): http://tradeoutthishatewithlove.wordpress.com/2013/11/10/exposed-the-truth-about-vaccines/

Absolutely too many links to count or review in just one sitting!  This is a massive WTF shitball compilation of misleading and dangerous unscientific health information, ridiculous conspiracy theories, and outright misinformation from such dubious sources as NaturalNews, Mercola, and many others.

How Does Homeopathy Work?