Pam Ragland, the self described intuitive/healer/psychic that quite literally stumbled upon the deceased Terry Smith, refers to the core of her business/power/ability as Thought Shifting(TM).

What is this Thought Shifting?  What does Ragland claim it can do?  How does it work?

If you were unlucky enough to follow a link to Ragland’s Thought Shifting page, your eyes were violently assaulted with nearly eighty pages and over twenty two thousand words.

Between all the bad grammar and early-90s style clip art, there must be some solid information, detailed research, and data to explain Thought Shifting.  Let’s find out.

What is Thought Shifting?

To begin, let’s take a look at how Pam Ragland describes Thought Shifting.  Here is her first introductory commercial that appears on her website.

A longer introduction video can be viewed here.

Here are a few links that attempt to explain Thought Shifting but contain a constant barrage of vague and confusing claims. 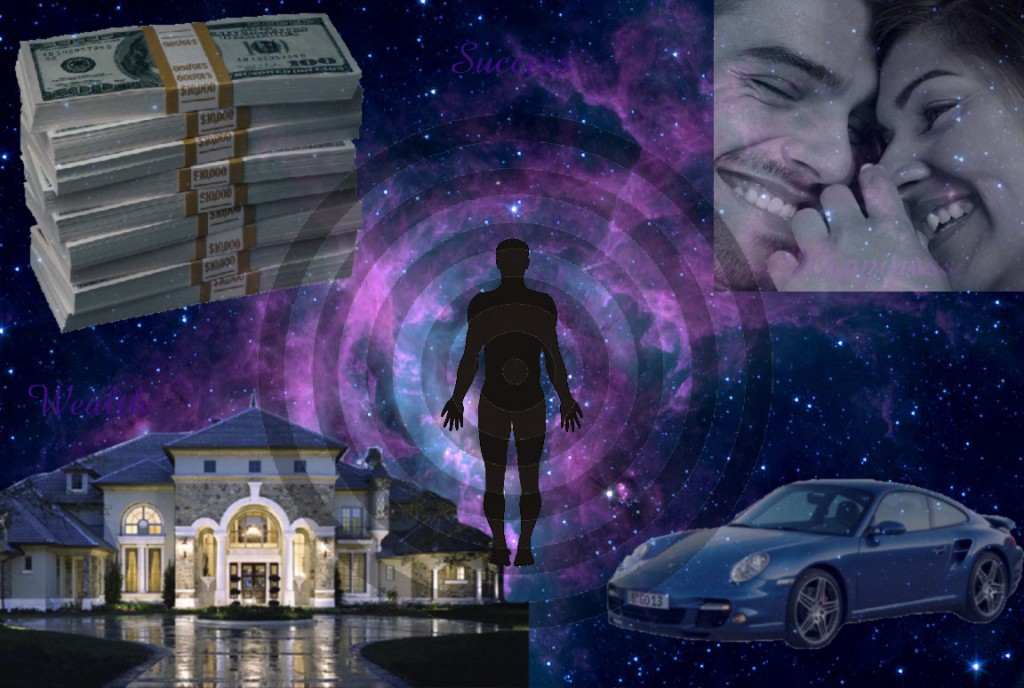 So what does all that massive amount of uninformative mess actually communicate about Thought Shifting?

Here is an extremely trimmed down summary pieced together from Ragland’s pages:

Sounds incredible and too good to be true right? 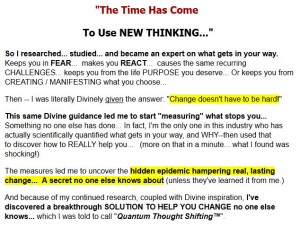 The divine guidance is what led Ragland to begin “measuring what stops you”, which nobody else on the planet has done.  Unsurprisingly, Ragland is the only one “in this industry” who has “scientifically quantified” what gets in your way.

Pam Ragland is absolutely correct here.  It is an industry.  Cast aside all the warm fuzzy new age woo and all you have here is an industry built upon complete unscientific nonsense and those that seek to profit from desperate individuals.

Ragland researches, studies, and becomes an expert in the hidden epidemic.

Where did Pam Ragland research and study?  According to her bio, she studied at:

While Ragland claims that she is the only one on the planet that can provide these services, a quick Google or YouTube search yields many others that use the term “Thought Shifting” to describe the process of removing negativity and to sell their products/services.

Repackaging the Law of Attraction

The definition of Thought Shifting varies depending on the source, but according to Pam Ragland’s claims of removing negative thoughts is based on the Law of Attraction, which is the belief that by focusing on positive or negative thoughts, there will be a positive or negative result.  People and thoughts are made from pure energy.  The Law of Attraction was heavily marketed in The Secret movie in 2006.

Here is a step-by-step guide via WikiHow on “How to Use the Law of Attraction“, complete with sappy pictures.

The so-called law of attraction is the kind of law that many people will find attractive. It provides them with the illusion of having control over their lives. All I need to do is change my attitude and intentions and I’ll attract money like a magnet (or lose weight or whatever else it is I want to achieve). If it doesn’t work, it’s my fault because I didn’t genuinely change my attitude and intentions. Sound familiar? What is it that the faith healers say about those who don’t get healed? You didn’t have enough faith!

And remember: Anyone who tells you they have the secret to unlimited joy, health, money, relationships, love, youth, and everything else you have ever wanted, is lying to you. So, do not be fooled by any of the following Internet ads: Get Rich #1, Get Rich #2,  Get Rich #3, Get Rich #4, and Get Rich #5. What do they have in common? None of them tell you what you have to do to get rich quick. They do tell you that they are not MLM schemes. #3 (Eric with Kimberly) and #4 (Jan and Shane) have in common that they have testimonials from the same people. Another thing they have in common is that they, and others like them, all pay Google to list them when you search for “law of attraction.” Ask yourself: Who is attracted to people who run such ads or who promote such come-ons as “The Secret“? They attract people who aren’t like them but want to be like what they think these folks represent. And that is a pity. 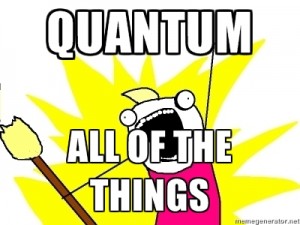 pseudoscience of The Secret; Pam Ragland, Abraham-Hicks, Deepak Chopra, and others increasingly insert words and terms that sound science and physics related to create an illusion of legitimacy.

In Pam Ragland’s case, the term that is constantly repeated is “Quantum”.  If you put the word Quantum in front of Thought Shifting, then there must be some major physics, math, and data behind it right?  NOPE!

Quantum woo and quantum mysticism are how concepts appears to be too incredible to believe, quantum physics is proposed to be the explanation.

Quantum woo is an attempt to piggy-back on the success and legitimacy of science by claiming quack ideas are rooted in accepted concepts in physics, combined with utter misunderstanding of these concepts and a sense of wonder at the amazing magic these misunderstandings would imply if true. A quick way to tell if a claim about quantum physics has scientific validity is to ask for the mathematics. If there isn’t any, it’s rubbish.

A quick way to tell if a claim about quantum physics has scientific validity is to ask for the mathematics. If there isn’t any, it’s rubbish.

Now we get a clearer picture of what Thought Shifting is based on.

Take the Law of Attraction, sprinkle in a little Quantum Woo to make it appear slightly different, and now you have yourself a new product that is unique and completely different than what any other person is providing.

Quantum Thought Shifting is the same old Law of Attraction system; slightly altered, repackaged and marketed over and over again.

Thought Shifting Review – Chapter #2 – What Can It Do?

The Plural of Anecdote Is Not Data