As I continue to investigate 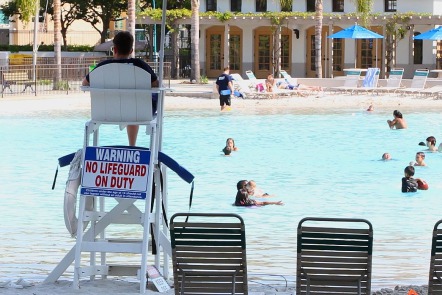 the events and claims surrounding Pam Ragland, I stumbled across a very tragic and sad story.

During the 2013 Independence Day festivities at the Beach Club in Rancho Santa Margarita, a lifeless 3-year-old boy was frantically pulled from the lagoon.  A call for anyone that knew CPR was blasted over the public address seeking help.  An off-duty Los Angeles County fireman (that was on the far side of the lake) ran to assist.  Other off-duty professionals also provided assistance.  The boy was rushed to the hospital and was later reported to have been revived in unstable condition.  Sadly, the boy succumbed on Friday July 5th.

The full stories can be found at:

How is this terrible story relevant to Pam Ragland?

Because Pam Ragland was there when it happened.

Below is a comment Ragland posted under the first Patch.com article: 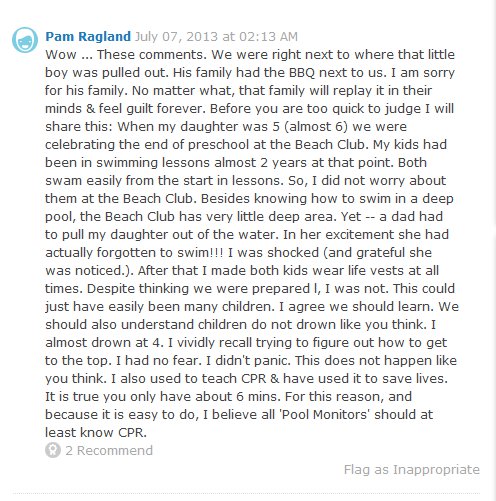 So not only was Ragland there when it happened, she was RIGHT NEXT to the family.

Where was her “intuition” on July 4th?  Where were her “visions”?  What about Ragland’s daughter who is also claimed to be “intuitive”?  No telepathic communications or visions either?

It is important to note that this event happened TWO days before Terry Smith was reported missing in Menifee.

Does Ragland’s intuition and visions only work when there are a ton of reporters and television crews running around?  Or does she need to watch several days of local news coverage before reluctantly getting involved?

Ragland also talks about teaching CPR but makes no mention of attempting to assist reviving the boy.  Why?  According to the Patch.com article, the first responder ran from the other side of the lake.  Ragland was right next to where it happened, which makes it a little puzzling.

The passing of this young child is a very tragic and sad event but it opens the floor for a very good question:

If Pam Ragland insists that her visions were real 60+ miles away in Menifee, why did her intuition not work at less than 6 meters away?