Westboro Protestors Get Shut Down

So this happened at the end of the Gay Pride Parade in Albuquerque, New Mexico.  The douchebags from the Westboro Baptist hate group decided to block the parade revelers with their typical idiocy.  The parade crowd decided to not tolerate Westboro’s bullshit and the police defused the situation quite nicely by removing the protesters from the area to the thrill of the cheering crowds.

Notice the two WBC assholes at the front of the protest group carrying sidearms.  WTF?!?  I understand that New Mexico is an “open carry” state but the fucking arrogance that these jagoffs display in such a short video clip speaks volumes about their mental illnesses. 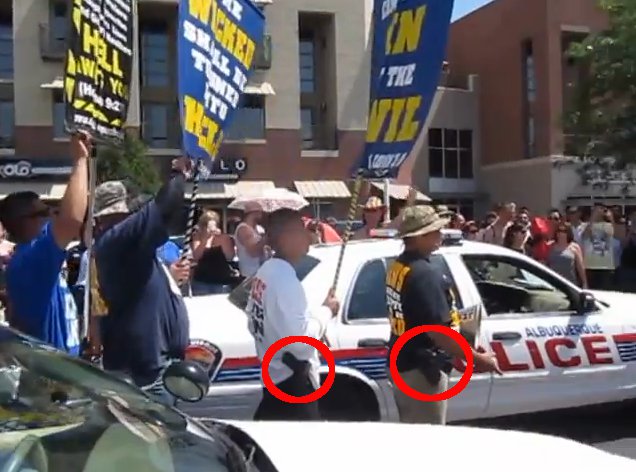 The Bible – Why It Matters Today