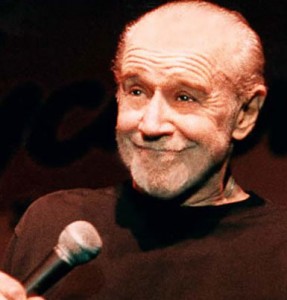 birthday was on Sunday May 12th.  I revisited several of his comedy routines that first grabbed my teenage attention and then later his wise words.  Below is a collection of his most memorable moments.

The first time I heard George Carlin was his “got into an argument with my rice krispies” bit.  I was hooked immediately.

The first comedy cassette I purchased was “A Place for My Stuff”.

The Owners of the Country

Why Belief in the Supernatural Poisons Critical Thinking