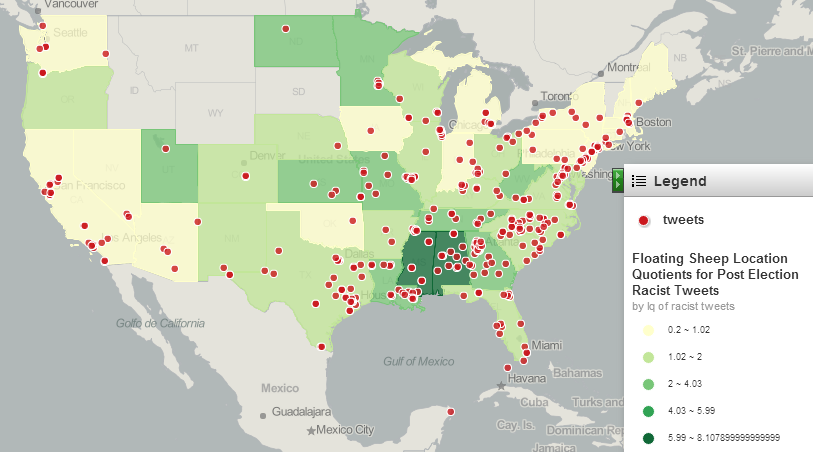 “America has elected its first black president for an historic first second time,” said comedian Stephen Colbert on election night. While this was cause for celebration for many Americans, for some Americans it was a chance to prove that this country still struggles with racism. In response to numerous anti-Obama rants, geographers at Floating Sheep created a map of which states sent the most racist post-election tweets.

God: Refuge of the Incompetent